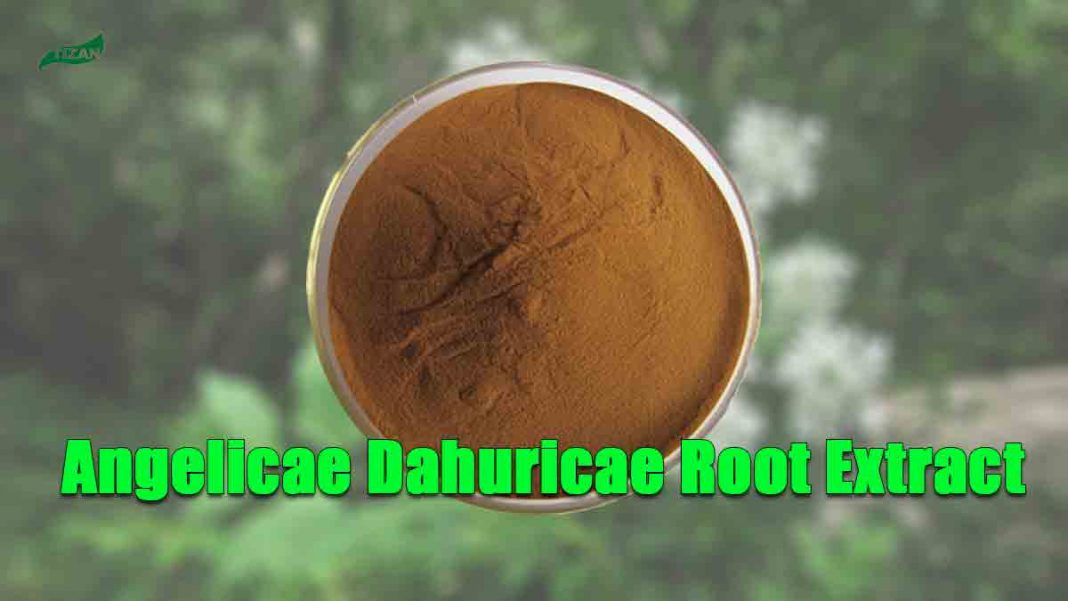 What is Angelica dahurica root extract?

Angelica dahurica root extract is an extract of the roots of Angelica dahurica, it is brown find powder. Its specification available at concentration ratio 5:1/10:1/20:1 with strong potency. It has very good fine fluidity and very nice solubility in cold and hot water, alcohol, or solution of water alcohol. It has wide applications and may be used in different fields including herbal teas, drinks, supplements and cosmetics etc., there is some introduction of its brief application guide both traditional and modern.

Angelica dahurica, commonly known as Dahurian angelica, is a wildly grown species of angelica native to Siberia, Russia Far East, Mongolia, Northeastern China, Japan, Korea, and Taiwan. This species tend to grow near river banks, along streams and among rocky shrubs. The root of the plant is widely used for its medicinal properties and is known to contain furanocoumarins and angelicotoxin. It is also commonly known as Chinese Angelica, the Garden Angelica, Root of the Holy Ghost, and Wild Angelica, as well as its Chinese name, Bai Zhi

It purges the body of any negative influences such as heat, clamminess, dryness, and cold on the skin. Today, the roots are used for other numerous treatments of illnesses such as headaches, relieving nasal obstruction, detoxification of the blood, as a pain reliever, an anti-inflammatory, a laxative, sedative, anti-fungal cream for skin, as well as treating swollen gums and toothaches.