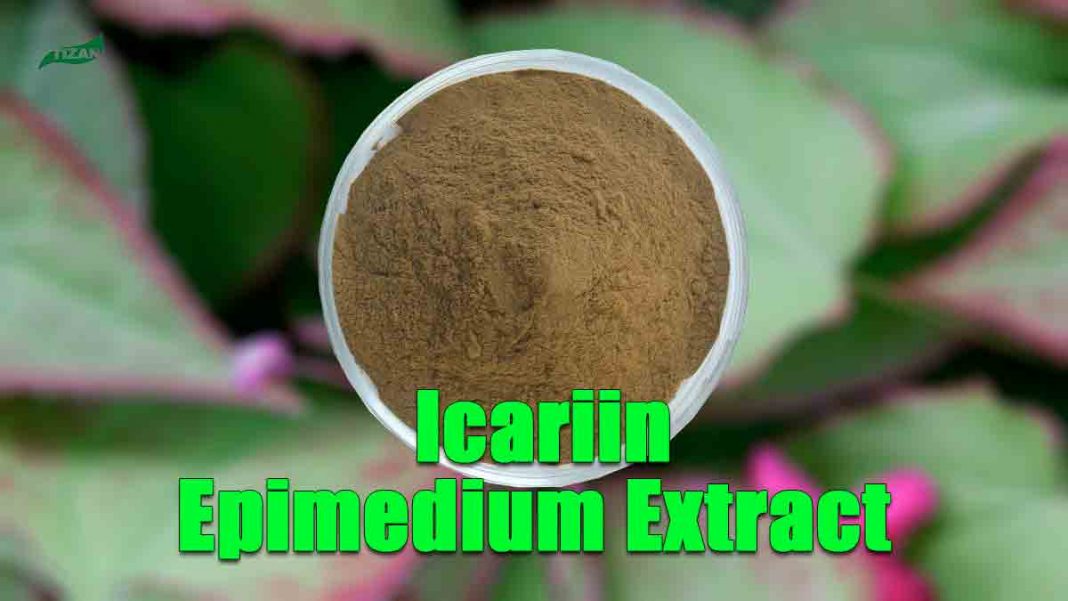 What is Epimedium grandiflorum?

It has a number of ingredients including prenylated flavonol glycosides, ikarisoside A, icarisid II, epimedoside A, icariin, epimedin B, yinyanghuo A – E, and epimedokoreanoside. Flavonoids include chrysoeriol, quercetin, apigenin, kaempferol, and luteolin. The leaves contain a variety of flavonoids, sterols and an alkaloid called magnaflorine.

It is an important medicinal plant which has been used in various traditional Chinese formulations for thousands of years as well as in modern proprietary traditional Chinese medicine products. It has extensive clinical indications, especially for the treatment of sexual dysfunction and osteoporosis. There have been more than 260 chemical moieties identified in the genus Epimedium most of which belong to flavonoids. Icariin is the most abundant constituent in Epimedium grandiflorum.

Icariin is an active component of Epimedium grandiflorum, as it has been shown to share several mechanisms of action with compounds used in Western medicine to treat impotence. In particular, icariin is a weak PDE5 inhibitor in vitro and to enhance the production of nitric oxide, as well as mimicking the effects of testosterone.

What is Icariside II?

Icariside II (ICA II), active components isolated from Epimedium grandiflorum, has a closely structural relationship with icariin. There is evidence that both of them may be useful in the treatment of erectile dysfunction (ED).