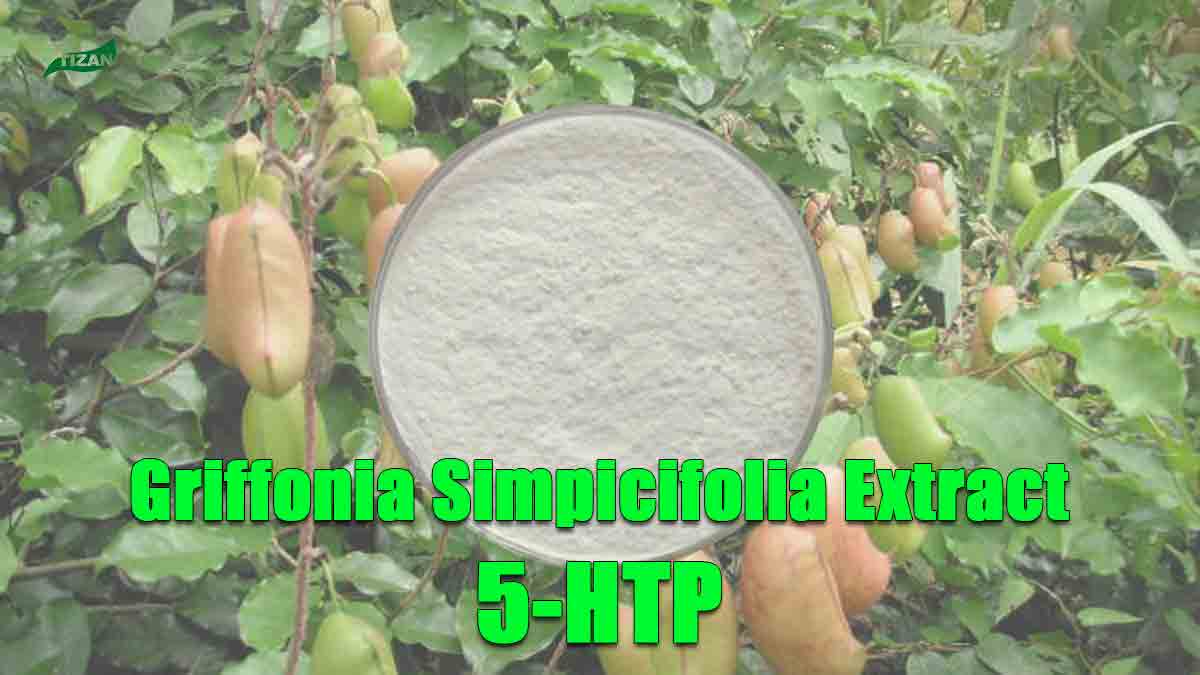 What is Griffonia Simpicifolia Extract?

Griffonia Simpicifolia Extract 5-HTP is an extract of Griffonia simplicifolia (syn. Bandeiraea simplicifolia Benth.), which plant is a woody climbing shrub native to West Africa and Central Africa. It grows to about 3 m, and bears greenish flowers followed by black pods. The seeds of the plant are used as an herbal supplement for their 5-hydroxytryptophan (5-HTP) content. 5-Hydroxytryptophan is an important building block for the human body to form serotonin, a neurotransmitter. In one “randomized, double-blind, placebo-controlled trial” in 2010 Griffonia simplicifolia extract, administered via oral spray to twenty overweight females resulting in increased satiety.

Griffonia simplicifolia also has a legume lectin called GS Isolectin B4, which binds to alpha-D-galactosyl residues of polysaccharides and glycoproteins. This supplement is often given by spider silk farmers to increase production of stronger silk.

Griffonia seed is a raw material be found principally in the west African countries, mainly in Ghana, Ivory coast and Togo, currently valued for its health and medical potential because of 5-HTP, an amino acid found in the human body. This amino acid is produced when the body metabolizes tryptophan, which is infamous for antidepressant and inducing sleep.

5-HTP is a naturally-occurring amino acid and chemical precursor as well as metabolic intermediate in the biosynthesis of the neurotransmitters serotonin and melatonin from tryptophan.

5-HTP is sold over-the-counter in the United States and Canada as a dietary supplement for use as an antidepressant, appetite suppressant, and sleep aid, and is also marketed in many European countries for the indication of major depression under trade names like Cincofarm, Levothym, Levotonine, Oxyfan, Telesol, Tript-OH, and Triptum.

Just send an email to sales@tizanchina.com, or submit your requirement in bottom form, we are of service at any time!